In 2014, Alexis joined the troupe Kid Manor, he will play Andrew,  and will make “tremble with fear” the public of “Palais des Glaces”.

Kid Manor is a show for children . In this second part the show make our travel through ancient Egypt.

Led by the sublime Malicia, this new episode of the interactive game Kid Manoir welcomes four new candidates in the palace forgotten the ancient city of Tanis. One of them will with the help of the public, and become the winner and win the fabulous treasure Kid Manor.

But the game is interrupted by the attack of a mummy with supernatural powers that will take them straight in the footsteps of ancient Egyptian pharaohs. Between curses, sarcophagi and betrayal , to be brave enough to decipher the puzzles and legendary defy the gods ? 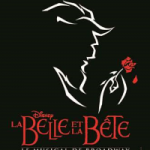